Night Kasumi
Add a photo to this gallery 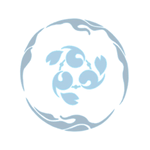 Yae Sakura used to be the shrine maiden of Yae Village. Despite her devotion, hard work, and wishes for the village's well-being, her ill sister was ultimately sacrificed and used in a barbaric ritual to hopefully quell the honkai. Ironically, the ritual did not work and despite sister’s last wish, but gradually began to feel hatred towards the village.

Yae Sakura was born in Yae-gu, Shinano, Japan, and is estimated to be a village formed by Yae Tribe. The Yae family has a potential to develop a natural stigmata that allows communication with the spirits. Although Yae Sakura was a miko, in the case of the patriarchal society at the time, her actions were always controlled by a governing force. Her trial to overcome her oppressors is a recurring theme, in her incarnations. 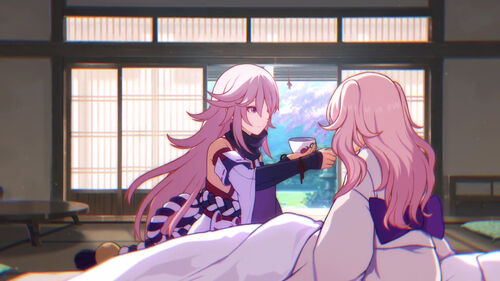 When Sakura was young, she had a younger sister named Yae Rin, who was sick from childhood which is a typical sign of great hidden power. In the seventh year of Yae village, the village did not rain for a long time and Honkai were manifesting in the forests. The villagers thought that the sacrifice to their village Youkai, the Inari, in the last sacrifice was not sufficient, so they requested to make another sacrifice with the Holy Blood of a Miko. Yae Rin was selected, and the one who was chosen to preside over the sacrifices was Yae Sakura.

Sakura naturally refused to let her sister become a sacrifice, secretly planning to escape with her. In Sakura's plan, the two would find a doctor to cure Rin's disease, and would go to see the cherry blossoms together.

When the moment when the sacrifice began, Yae Sakura dropped the blade in her hand and pulled it up to prepare to escape. However, Rin found that she couldn't run, her hamstring was cut and could no longer stand up. At this time, the Yae chief took the knife in the hand of Sakura and completed the sacrifice. At that time, there was heavy rain immediately from the tears of the Inari. When the villagers rejoiced, Sakura felt hatred and cursed the world that caused her despair. As a result, there was a darkness in her heart, which the malice of Honkai preyed upon.

500 years ago with Kallen and The Purple Box

Four years after Rin's death, Yae Sakura grew up and honed her swordsmanship and became a hermit in the village, holding herself responsible for the sacrifice staying away from the villagers. Although still gentle and kind, the shadow of Rin's death stands true in her heart. 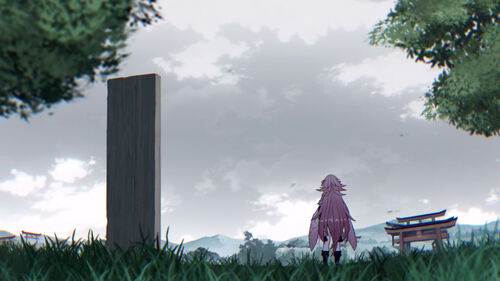 Kallen Kaslana was found exhausted and unwell from Honkai corruption by Sakura nearby the riverside of the village. Next to Kallen was a purple box containing the malice of Honkai, specifically the 12th Herrscher from last civilization who had the power to manifest its thoughts into reality... 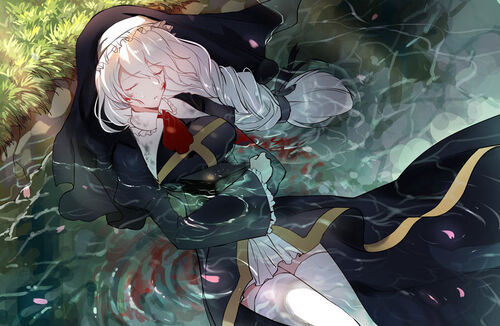 While Kallen rested, Sakura was asked by the villagers to protect the village against Honkai beasts. Kallen after waking, heard that Sakura was fighting the Honkai beast, and immediately rushed to save Sakura and slayed the beast. After that, Kallen vowed to protect her and the villagers. Sakura had never had anyone who defended her, so she fell in love with Kallen.

The sighting of Honkai beasts caused the village to propose another sacrifice. Kallen, remembering Rin's story knew that some innocent girls would die, so she rushed to try and stop it... When Kallen saw The Fox and its manipulator, Kallen attacked them with her powerful will...

But seeing the manipulator opening her mask and black clothes, appearing in front of Kallen, was Mantis Sakura. The Honkai tricked Sakura by preying on her sadness to and stab herself with her blessed Katana that the Core of the 12th fused into to release the Honkai will inside her making her it's doll. The Honkai will transferred to The Fox and left a declaration to destroy the guardian of Kaslana, consequently leading to both of them fighting each other to the brink of death. 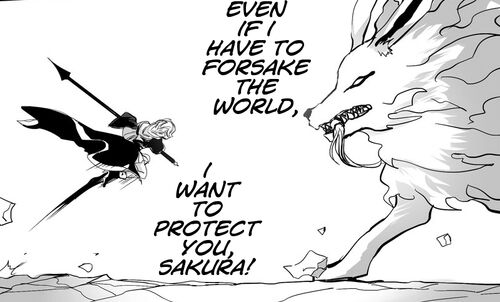 The result of this battle is unknown, but it is presumed that both Kallen and The Fox are defeated. After that, Kallen was recovered and executed by Schicksal. Sakura was sleeping and awoke after 500 years. 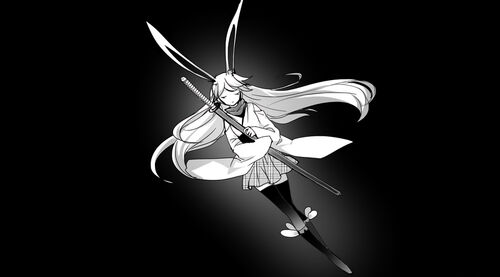 Sakura in the Current Timeline

Yae Sakura's phantom was found by Kiana and has a fight with Kiana's group while they attended Nagazora. After the defeat of Yae Sakura, Higyokumaru lost too much Honkai energy to manifest Sakura and it tried to consume the girls, but was defeated by Kiana's group. In the end, Higyokumaru was unable to win and had dissipated, allowing to Yae Sakura's last memory of Kallen to be what kept Sakura in this world.

Honkai 3rd's plot, in the Manga, Theresa was ordered to go to the Nagazora to defeat a new Pseudo Herrscher during the Moonlight Throne event of Chapter 1 in game. Yu Nai a high school girl with high Honkai adaptability became Higyokumaru's next target, so it began to feed her nightmares giving her a poison ability. Yu Nai's poison injured Teri and she fainted only to wake up to a Phantom Sakura. Sakura was drawn to Theresa from the smell of Kallen's blood. During the period, Higyokumaru wanted to kill Theresa but it's weakness allowed Yae Sakura to silence it. Sakura remembered the words of Kallen, and Theresa in a feverish state said "I will protect you" which brought Sakura to Kiss Theresa like she wished she did Kallen.

Theresa's DNA having the Honkai Beast Vishnu, can absorb honkai energy, allowing her to obtain Sakura's natural stigmata. The picking up the Demonblade, she transformed into a Fox akin to Sakura. Judah opened and Blossomed into the Oath of Sakura, changing the spears into katana.

Due to the remaining malice of Higyokumaru, Theresa's consciousness was inhaled into the Stigmata Space into Sakura's Loop, in which the past of Yae Sakura's soul was revealed to still be there. Higyokumaru tried to force Theresa into a similar state of despair as it did Sakura but her resolve was stronger. In order to save Yae Sakura's soul, Theresa confronted the malice, and succeeded in purifying it with a little help from Mei and Kallen's soul whom acknowledged Theresa as her younger sister. Yae Sakura chose to stay in the Stigmata space whom now had absorbed the soul fragments of Kallen and Rin allowing them to live peacefully. 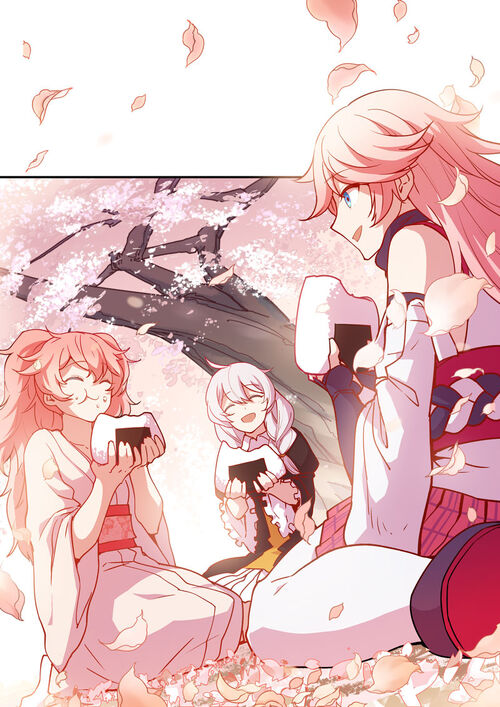 The Samsara world is the Schicksal Matrix making a copy of Theresa's memories. Due to the world created by the Core of Corruption, Sakura's memories were added too creating a virtual world of Yae village in which our Valkyrja can enter and experience her life.

In the first Samsara, it shows the current events where Sakura found Kallen. Kallen was eventually forced to seal her away when the Houkai in the box possessed Sakura.

In the second Samsara, the Houkai in the box manages to control Sakura. Kallen fights the Houkai, but was unable to defeat it. Houkai-possessed Sakura eventually kills Kallen.

In the third Samsara, Sakura managed to regain her consciousness and broke off the purple box's control. She worked together with Kallen to defeat the purple box and purify the Houkai energy that had been shrouding the village for a long time. Both were finally able to live a happy and peaceful life from then on.

When Sakura and Kallen were lying down on the meadow, Kallen suddenly sat up and told Sakura that she had to leave. Sakura went to the village to search for Kallen. When she arrived in the village, she noticed the villagers had been acting strangely, prompting her to investigate. She soon found a barrel and inside was a strange creature fox sprite she named Higyokumaru. Sakura brought Higyokumaru along on her search for Kallen and fought several villagers who tried to stop her from leaving with the strange fox creature. Higyokumaru asked Sakura to bring her to the Celestial Pavilion to help find Higyokumaru's memories. On their way there, they encountered monsters and a mysterious mask which triggered some of Higyokumaru's memories.

Upon reaching the top, Higyokumaru touched a mysterious sword, causing her to turn into Jizo Mitama, who was later defeated by Sakura. Higyokumaru fully recovered her memories, even from when she was the 12th Herrscher in the last civilization, and apologized for the grief she had caused, which Sakura accepted. Higyokumaru told Sakura that the Kallen they were searching for was an illusion from her memories. Sakura apologized and said that she knew the real Kallen is no longer around in the outside world. Even so, she still wanted to find the missing Kallen in this stigmata dimension.

The missing Kallen suddenly appeared in her phantom thief persona and stole the Jizo Mitama sword away. Sakura recognized Kallen's voice and went to chase after her along with Higyokumaru. When the two found Kallen again, the latter apologized and chained Sakura in order to stop her. Kallen, who had lost her memories, said that she had to take the sword away because it was too dangerous. Sakura reached her hand out to touch Kallen's face and told her that she was here for her, and not the sword.

This made Kallen's memories come back, but the sword went berserk again because Kallen's will was weakened. After the three defeated Jizo Mitama for the second time, Higyokumaru offered to use the sword to resurrect Sakura's consciousness into the real world. Sakura declined her offer, saying that staying here in the stigmata dimension is enough for her. The sword was later thrown into the real world.

Retrieved from "https://houkai3rd.fandom.com/wiki/Yae_Sakura?oldid=11912"
Community content is available under CC-BY-SA unless otherwise noted.