Valkyrja are the combatants of the Schicksal organization and frequently fight against zombies and the Houkai. Valkyries are predominantly female due to their greater adaptability and agility.

There is a system which classifies the Valkyrja into ranks, the highest of which were the S, A, B, C and D-Ranks, in that descending order. The first known valkyrja was Kallen Kaslana, she is possibly the best example of a powerful young valkyrie warrior.

Only Valkyrja equal or above B rank are allowed to go to battlefield while lower ranks mostly doing chores.

In Honkai Impact 3 game mechanic, the lowest possible rank is B while highest rank is SSS.

Stigmata are important parts of a valkyrja. Stigmata can provide valkyrja with Houkai resistance, allowing them to confront up to 700 HW without sustained damage allow them to fight most Houkai Beasts.

Most Valkyrjas are forced to have artificial stigmatas transplanted due to having no natural resistance against Houkai power since birth, so the side effects of the transplantation combined with constant battles slowly invade their body with Houkai energy. If a valkyrja can't resist the Houkai power or the Houkai's will, they will be burned out without a trace by the Houkai energy or lose all reasoning, becoming a very dangerous zombie.

Some Valkyrja have one or more natural Stigmatas, those Stigmatas not only provide Houkai resistant but also store very high amount of Houkai power, also help repair and improve any transplanted stigmatas. Sakuno Rondo Theresa is the best example as she has Sakura's stigmata. In some cases, those stigmatas are still able to control the body.

Early technology is incapable of implanting stigmata. They instead transplant Houkai DNA to the human body. Kevin Kaslana was the first human transplanted with Houkai DNA. This technology is not as efficient as Stigmata implantation but does not require high Houkai resistance. 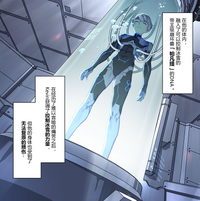 Retrieved from "https://houkai3rd.fandom.com/wiki/Valkyrja?oldid=11106"
Community content is available under CC-BY-SA unless otherwise noted.