Starlit Astrologos
Add a photo to this gallery 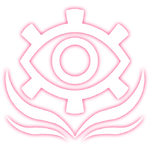 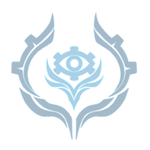 Eye of Providence
Add a photo to this gallery

Theresa Apocalypse is a clone (dubbed as A-310) made by Otto Apocalypse using the genes of a Honkai beast named "Vishnu" and Kallen Kaslana's DNA in an attempt to revive her. As a test, A-310 has excellent Honkai resistance and strong powers. She was born on March 28, 1972.

Being a part of the 260 A-E series, A-310 did not know her identity and Otto told her that he would tell her anything she needed if she completed the tests. At the final test, A-310 was told by Otto to defeat A-303. A-310 did not want to kill A-303 but was forced to, and had successfully put the clone out of its "misery". As a result, Otto believed that A-310 could potentially be Kallen's reincarnation due to the empathy she showed, along with her incredible combat capabilities. However, he stated that science is different from reincarnation. Otto would later adopt A-310 as his granddaughter and gave her the name 'Theresa'.

Otto later gave the 11th God Key, "Oath of Judah" to Theresa. Oath of Judah was a cross type weapon that has an auto-tracking feature and chains that detect malicious Honkai energy within an entity and trap them. It is later revealed that Oath of Judah was one of the God keys made in the last era. It has the ability to detect and contain Houkai energy because it was made from the core of the 11th Herrscher.

Due to experimental shortcomings, Theresa's body could not physically grow up past the age of 12. She often calls herself the "world's cutest".

As Theresa rose through the Valkyrie ranks, she soon lost her fellow Valkyrie and friend Cecilia, in another battle, watching her death on a live camera. Theresa wanted to flee with Siegfried and Kiana, Cecilia's husband and daughter respectively, by sneaking them out of Schicksal at night. Otto suspected Theresa might do something and dispatched his men to prevent Theresa from deserting. Having obtained Kiana, Theresa was forced to leave her behind to save Siegfried. Otto asked Theresa to stop resisting and even sent Schicksal's chopper RPC-6626 to stop her, though she destroyed it in the process. Otto managed to have Theresa surrender after his men recaptured Kiana.

Theresa, not wanting to endanger her niece, had a list of demands that she wanted Otto to fulfill before she agreed to stay. These demands included the creation of a branch in the Far East with a school she would run to teach Valkyries, as she did not like Schicksal's methods, and also to honour Cecilia's last wish. Otto thought of them as absurd, but fulfilled her requests nonetheless.

In the manga, Theresa was gravely poisoned during the fight against an enemy with high Honkai energy, almost to the level of a Herrscher. Yae Sakura, still remembering her love and longing for Kallen, noticed that Theresa had a scent similar to Kallen, and that thought she still has someone she needs to protect. Sakura ultimately gave up the 12th Herrscher's core to cure the poison inside Theresa, which resulted in her losing a physical form. Theresa grew fox ears when she used Sakura's power, and transformed the Oath of Judah into the Pledge of Sakura for a short while to defeat her enemy. She received Sakura's stigmata after the incident, which leads to the events of the 'Gratitude' arc.

Birth of the 4th Herrscher

Searching for one of the four gems, Theresa watched as Kiana and the others tried to persuade Wendy to come with them, but Wendy became corrupted by the Gem of Hope and became a Herrscher. Theresa wanted to capture Wendy immediately as Anti-Entropy units were detected in the area, but Kiana and Bronya persuaded her not to as they were confident that they could persuade Wendy to come along. Schicksal had sent Durandal, an S-Rank Valkyrie to capture her, but Theresa managed to reveal Durandal's position which delayed both Schicksal and Anti-Entropy for a short time. However, her efforts were naught as Bronya's adoptive mother Cocolia ended up using Bronya's biochip to control her and capture both Wendy and Mei. Theresa and Himeko later helped Kiana infiltrate ME corp to rescue Mei, Bronya, and Wendy.

They only managed to save Mei after Bronya destroyed her biochip to release herself from Cocolia's control. Cocolia had extracted the Gem of Hope from Wendy, killing her in the process, and implemented it into the mecha MSR-7 "God Father", which Kiana and others later defeated. Bronya ended up in a critical condition, forcing Theresa to venture underneath St. Freya's to the Central Church to find biological technology to save her.

Retrieved from "https://houkai3rd.fandom.com/wiki/Theresa_Apocalypse?oldid=11781"
Community content is available under CC-BY-SA unless otherwise noted.