Swallowtail Phantasm
Add a photo to this gallery 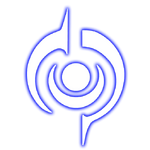 Feast of Souls
Add a photo to this gallery

Seele and her legendary stigmata

Seele has 2 personalities that are the opposite of each other. On one side she can be very sweet and kindly, always showing her love to the people she cares about. Her other personality is a very manipulative and dangerous person who uses her power to achieve what she wants. 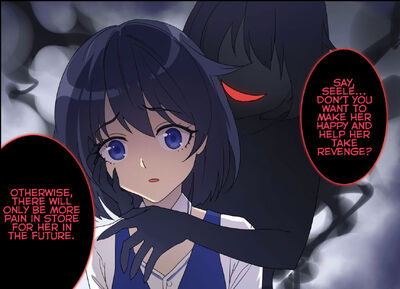 The record is then interrupted. To everyone's surprise, this file reveals that the experimental body that destroyed the entire laboratory 2 years ago is Seele. At this time, Seele’s body began to change. It turned out that in the experiment 2 years ago, Seele’s runaway led to the collapse of the laboratory. She also entered the quantum level because of the influence of the experiment. The physical body changed from Particle to Antiparticle cloud, and it must rely on the strong impression of the observer. The entity is maintained, but at the cost of the fact that the people who are observers will gradually die. Kind-hearted Seele is not willing to hurt others, but has a strong desire to survive. The stigmata took control, sealed the Seele's memory and eventually created "Dirac Sea Chamber" to start hunting people who are related to Seele. Her plan was to kill Bronya, which would supposedly let Xier return to the Real world.
However, Bronya knew the truth and chose to sacrifice herself to save Seele. Seele’s own consciousness refused to let Bronya to harm and managed to regain control of her body. In the end, Seele expressed her wish to meet with Bronya again before dissipating into the Dirac Sea.

Retrieved from "https://houkai3rd.fandom.com/wiki/Seele_Vollerei?oldid=5430"
Community content is available under CC-BY-SA unless otherwise noted.