Lightning Empress
Add a photo to this gallery 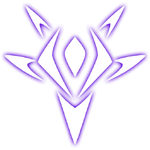 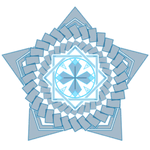 Add a photo to this gallery

Her father was originally the president of Massive Electric. When Mei was 15 years old, the company was deeply affected by the financial crisis, and her father was deeply mired in economic fraud (framed by Cocolia). At the end of the prison, almost all of the property was frozen.

This incident has had a major impact on Mei, and it has made her cheerful personality a bit solitary.

Daughter of ME CEO

Her father, Raiden Ryoma, was a young leader in the science and technology field. After taking over the position of the ME president at the age of 30, he transformed the ME Corp from a commercial electrical appliance manufacturer into a smart electronic company with the world's most valuable technology secrets for more than a decade.

1 out of every 10 electronic devices in the world is equipped with electronic chips produced by ME.

Raiden Ryoma once became a representative of Japan's domestic technological innovation and business thinking revolution, and was sought after by countless young people.

However, little is known, based on unpublished statistical data, ME has become the world's largest military supply provider, and has maintained a hidden cooperative relationship with many major countries, secretly developing the next generation of combat weapons.

For this reason, although Ryoma has not publicly involved in the political arena, it has a small impact on the ruling and opposition pattern.

As the daughter of ME president, although she lived the life of Missy since childhood, Raiden Mei formed a noble temperament with graceful elegance and maturity under the strict education of her father.

Mei as a student

Since the beginning of primary school, she has been outstanding in performance, as a student leader, and widely supported among students.

Her noble beauty is the object of countless boys' dreams, combined with a natural cool temperament, and is called the "Queen of Thunder".

In middle school, because ME established a high-level research institute in the school city, Mei moved to the school city with her father's family and studied at the Senba Highschool.

Only 1 month after enrolment, Mei became the most popular idol in the school. The name "Queen of Thunder" had spread again.

However, when Mei was popular as the 'Queen', a huge change came to the fore.

The ME company suddenly exposed an economic fraud case. Ryoma was not only dismissed from the board of directors because of the alleged falsification of financial documents, but also suffered a prison sentence, and his reputation plummeted.

This incident had a great impact on Mei. The classmates who originally surrounded Mei had suddenly cold-eyes towards her. Even her "closest" friends have been keeping their distance intentionally or unintentionally.

As a lost girl, she has stood on the shackles of the crowd and now suffers from various forms of discrimination.

After trying to muster all kinds of human feelings, Mei learned to be more sensitive and delicate to see the people around her. She still maintains the restraint as a noble lady. The more she is discriminated against, the more she has to build a shell to protect herself. Tears remain in the corners that no one sees.

Inevitably, the cold-hearted view of Mei on the world also bred hatred deep inside.

After the father’s incident, Mei no longer participated in any club activities after school. She found herself a corner that was undisturbed, and the ME Institute was sealed up.

It was the place where her father worked day and night before the incident, and that Mei felt that she felt the closest to her father.

She also hopes to find the clues to what happened before her father's incident. She faintly feels that her father was framed.

Unfortunately, after the institute was seized, from disk to paper, any possible information has been destroyed.
Until one day, in the empty uninhabited research institute, Mei suddenly found a suspicious object. The man left a strange box. Driven by curiosity, Mei had an opportunity to change her destiny and the destiny of the whole world.

The third herrscher was triggered at the same time that Mei opened the door of fate. Mei has become The Herrscher of Thunder.

Retrieved from "https://houkai3rd.fandom.com/wiki/Raiden_Mei?oldid=10628"
Community content is available under CC-BY-SA unless otherwise noted.