Kallen Kaslana was a descendant of the Kaslana lineage which were renowned for their excellent combat capabilities and Houkai adaptability. She was the most powerful among her fellow valkyrja in her era and was Otto Apocalypse's first love interest but she did not return to his feelings. Kallen wielded the Oath of Judah until her ultimately death in the hands of an Emperor Houkai Beast.

Cross (Summon)
Javelin and chain (Before)

The best soldier of Schicksal (Before)

The Phantom Thief (Before)

Sin Hunter
Add a photo to this gallery 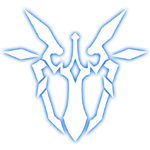 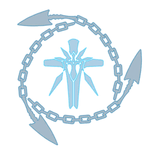 Wings of Pledge (Kallen)
Add a photo to this gallery

Kallen Kaslana, born in 1453, was the eldest daughter of her siblings, and the 29th member of the Kaslana family.

Kallen was the best soldier in the family. At the age of 16, Kallen passed the Captain Valkyrja test, becoming the Valkyrja's collaborator for the Schicksal.

In the following 8 years, she stood at the forefront of the fight against the Houkai. She has sealed more than 1000 Houkai beasts, and became the hope of Schicksal against the Houkai. In recognition of her accomplishments, Schicksal made her "Judah's Oath", the only weapon she could use. (Judah's Oath was actually sent to Otto before he gave it to Kallen).

It was not until 1477 that Kallen deviated from the Order of the Knights when she saw the inhuman experiments of Schicksal using the Crystal Disillusionment. She then stole the Houkai Crystal box and ran away to the East when she was wounded and was found by Yae Sakura. The two became friends and formed an intimate relationship, but Yae became a pseudo-Herrscher due to the influence of the box.

After fighting with the Will of the Houkai in the box and sealing her beloved away, Kallen was seriously wounded. The Fatal Intelligence Unit soon caught up to Kallen and apprehended her and brought her back to the European Council. She professed her love to Yae, and that she was innocent. Regardless, she was sentenced to death for her betrayal. Otto Apocalypse released Honkai beasts on the day of her execution in a final attempt to save her, not wanting to see her die. Kallen slapped Otto for acting reckless and stayed behind to protect the innocent civilians, before being killed by a Honkai beast as she was still weakened.

This would motivate Otto to recreate Kallen due to her fighting capabilities and his memories of her, resulting in the creation of multiple clones including "A-310", who Otto believed to be a reincarnation of Kallen due to the many traits that she shared with her.

Kallen Kaslana's data can be found in the Destiny database under "Project Sirin", which was created by Otto according to his own memories.

In the first Samsara- the current events- it was where Sakura first found Kallen injured by a river, holding the box. When the 12th Ruler possessed Sakura and made her a pseudo-Herrscher when she opened the purple box, Kallen was eventually forced to seal her loved one away with the Judah's Oath.

In the second Samsara, it still follows the current events but this time, Sakura was completely taken over by the 12th Ruler and fought with Kallen. Unfortunately, Kallen -despite her abilities- could not defeat her former lover and was killed by the Houkai-possessed Sakura as a result.

In the third and last Samsara, Sakura successfully regained consciousness from the 12th Ruler's clutches and broke from its control. Kallen and Sakura fought together and they managed to defeat and seal the Ruler in the purple box and purify the Houkai energy that was plaguing the village for a long time. The two lovers are finally able to live a peaceful and happy life thereafter.

The Side Samsara and Soul Throne Raid

Kallen and Sakura were lying down on a meadow on a peaceful day, holding hands, until Kallen released her hand and told Sakura that she needed to leave. This prompted Sakura to search for her loved one in the village. However, the villagers were acting strangely, and Sakura decided to investigate it. Sakura then found the creature, Higyokumaru in a barrel- unaware that she was a Ruler- and the two sought out to find the former's memories. After a long period of fighting beasts and monsters on the way, Higyokumaru then regained a portion of her memories upon seeing a peculiar mask.

Higyokumaru then touched an odd sword, which made her transform into Jizo Mitama, which Sakura defeated. After reverting back to her old self, Higyokumaru fully remembered her past that she was the 12th Herrscher of the Old World and has killed many people. She apologized for the troubles she caused, which Sakura accepts. Higyokumaru then told Sakura that the Kallen from her memories was an illusion. Sakura apologized and said she knew that the real Kallen was no longer in the outside world. Even so, Sakura still wanted to find Kallen in the Stigmata dimension.

Unexpectedly, Kallen appeared in her Phantom Thief serenade and stole the Jizo Matama sword away and swiftly escaped. Sakura immediately recognized her voice and went to chase her along with Higyokumaru. When the two found Kallen again, the latter apologized and chained Sakura with her Judah's Oath in order to stop her. Kallen, who lost her memories, said that she had to take away the sword because it was too dangerous. Sakura then reached out her hand and touched Kallen's face and told her that she was not there for the sword, but she was there for Kallen. This made the latter's memories come back, but the sword went berserk again as a result of Kallen's will being weakened.

After the trio defeated Jizo Matama again, Higyokumaru offered Sakura that she can resurrect her consciousness to the real world using the Jizo sword. Sakura then declined, and implied that staying in the Stigmata dimension with Kallen was just enough for her. The Jizo Mitama sword was later thrown in the real world, and Kallen, Sakura and Higyokumaru accepted their lives in the Stigmata realm.

-The genes that made Kallen's clone- "A-310" or Theresa Apocalypse was hers and Vishnu's, an Emperor-Class Houkai beast with accelerated regeneration capabilities.

-Otto Apocalypse's first geniune love was Kallen, as she was his only friend who could understand him. However, he never got a chance to tell his feelings as Kallen expressed her love for Yae Sakura.

Retrieved from "https://houkai3rd.fandom.com/wiki/Kallen_Kaslana?oldid=9211"
Community content is available under CC-BY-SA unless otherwise noted.