Appeared as a mythical rabbit-shaped creature, and different members of the Homu family have different skin tones and ears. Homu's teeth are very sharp but it doesn't have claws.

He is also a state-of-art tech product that doesn't require a battery to function and has its own personality.

It was not until the chapter 13 and 14 were updated that there was an explanation about Homu. The role of Anti-Entropy in the cartoon "The Adventure of Homu" painted by Welt Joyce seems to control the entertainment world of Houkai.

At the same time (or earlier), Homu's popularity and appearances are getting higher and higher, becoming the world’s first popular idol.

In the Houkai 3rd worldview, Homu is no longer the exclusive to Bronya, but instead becomes a kind of mascot that everyone in the world likes. Of course, Bronya is particularly fond of it.

In the previous comics, the game mentioned Homu. The Headmaster of St. Freya Academy likes to read the comics of "The Adventure of Homu" in the office. After Himeko came in, she used the very fast speed to tear the comics into pieces to destroy the evidence.

The helmet that Bronya made for Kiana to enter the Schicksal Database is the shape of Hori.

Most of Gold boxes have appearance of Homu or characters in Homu family.

Homu can be found in Chiyou stages and the matrix, he began to act as a merchant, and will take Houkai fragments and exchange them with various buffs with the players.

There is King Homu version of normal Homu which have bigger size as well as wearing a crown on the head. 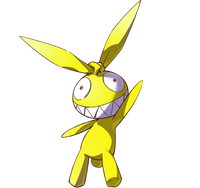 Appeared in Houkai world with yellow color, a kind of mascot that everyone in the world likes. Of course, Bronya is particularly fond of it. 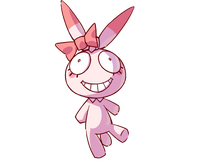 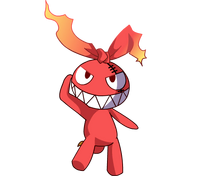 Red flame color with shark teeth, and the ears on the head seems to burn. Expert on using bombs. 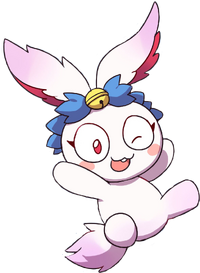 Pale pink color with a bow on the head.

The eyes are red, with a rabbit-like tail and teeth.

Blue color, the ears and tail looks like a liquid.

Dark purple color with unique tail, she has angel wings and an aura. 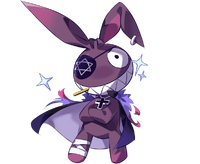 Purple color with a blindfold on the right eye, didn't appear directly in the plot but instead as a dormitory decoration.

Retrieved from "https://houkai3rd.fandom.com/wiki/Homu?oldid=9531"
Community content is available under CC-BY-SA unless otherwise noted.