A Herrscher, roughly translated to Ruler, or a "God" - is a human that has merged with houkai energy and has given into the will of the Houkai to destroy the current era of the human civilization. They are extremely powerful, in such that S rank valkyries can't guarrantee winning. Since they need a human body to host them, they are not invincible and can be killed if their physical form is destroyed or disabled if their core is extracted from their body.

When Houkai energy in an area reaches 1000 HW (Houkai Welt) or higher, there is a small chance that someone may absorb sufficient Houkai energy to become a Herrscher.

A Herrscher accompanies each generations of humans. Each Herrscher has different abilities and is considered the midpoint between the human race and between the Houkai beasts. A Herrscher has abilities that far exceeds human beings, even S-Rank Valkyries can barely contend with one.The only thing all potential Herrschers have in common is higher than normal Houkai adaptability.

Herrschers are humans that have been corrupted mentally as well as physically to Houkai. Being near them will subject you to high levels of Houkai radiation. Normally humans with low Houkai adaptability will become akin to a zombie. Unlike normal Houkai zombies, Herrschers have partial human consciousness and have direct contact with the will of the Houkai. If the Herrscher is strong willed, they can reject the will of the Houkai and become rogue.

Herrscher title is temp and may change in future.

Note: Phase 2 and Phase 3 can be reversed, provided that the eligible person who has very high adaptability and strong will, they can surpass their "Herrscher conciousness".

Note: If a Herrscher comes in contact with a manifestation of the "Will of Houkai" it can gain enhanced abilities.

God Key (or Grand Key) are made from the core of a Herrscher, designed initially and produced by the Professor MEI of the Fire Moth. Her research and weapons defeated 13 Herrschers. She however did not fully complete a form of each God key. If the Key was almost ready but needed more time to properly contain the power of the core it was left in a safe Cube shape. 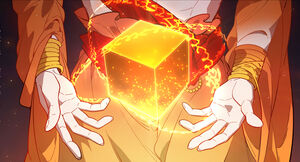 Originally acquired by Gautama, the first ancestor of the Apocalypse family in Asia, but can't use it since "only the person with the highest wisdom can unlock its seal".

Therefore, after the death of first generation ancestor, until Otto came to the Apocalypse family church for Kallen, he was worshipped it as a sacred object.

Hollow Armor is a special armor that absorbs any Herrscher power from it's core or God key. It was the first prototype therefore, there is very high risk of death when using it. Since it was proven to be more dangerous than advantageous it was put aside to be augmented.

Using requirement: Requires very high endurance depending on element and Herrscher core placed in the armor. It also requires at least 2 hours of gem bonding to be fully charged.

Otto found the Hollow Armor and used the design as the base of God Killer Valkyrie Armor. The original Armor was merged with a Gem of Destruction to create the Striker Flame Armor.

Later the armor was used in chapter 9 where Himeko fight against 2nd Herrscher. 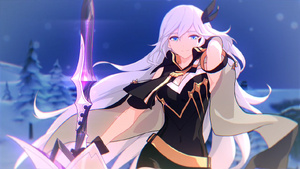 This thing was actually 2 God Keys created from the Herrscher Core of Tranquility. That Herrscher has the ability over decay and rebuild, or Death. It has 2 different forms: Split form and Ultimate form. If the wielder has the talent to use both they can virtually control life and death.

Using requirement: High Vitality, the key will decay equal to it's regeneration. Recommended for S-Rank Valkyries and Natural Stigmata bearers. 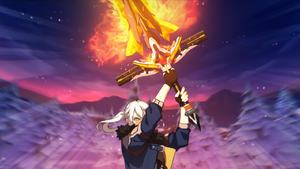 This key was built from the powerful Core of Destruction. It was so powerful it was needed to be split into two. This gives one form of the Key, the Dual guns known as Judgement of Shamash. The two guns can be placed together and they will turn into the Greatsword of Shamash with altered abilities. 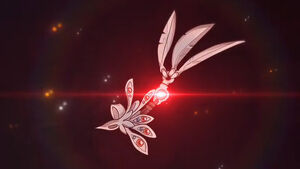 After being taken out by Kevin Kaslana with Shamash, Dr MEI turned the 8th Herrscher Core into this key and gave it to Fu hua to be her personal Key. No one besides Fu hua and MEI know how the Key works, therefore Otto cannot replicate this key and he doesn't know it's full potential. 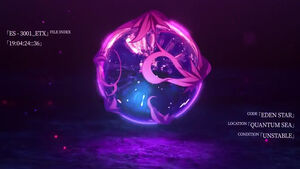 A God Key weapon made using the core of the 9th Herrscher capable of manipulating gravity itself. First unearthed in the Yellowstone Ruins, it was later acquired by scientists of Schicksal North America Branch. The weapon played a vital role in the subsequent split and independence of Anti-Entropy. Originally furnished with an external spherical stabilizer, it was severely damaged during a battle in 1955. Einstein and Tesla later re-designed this God Key into a cannon-like device. 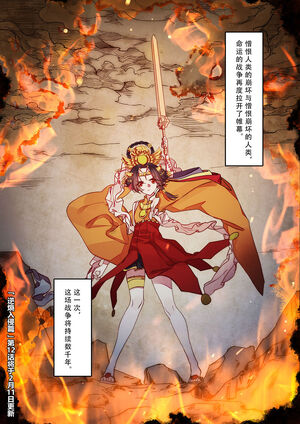 Among them, the 10th God Key - Key of Domination is the mass-produced God Key made by the core of the tenth Herrscher "Domination Herrscher". One of them was passed down to this generation, called Xuan Yuan Sword.

Due to the material that constitutes the God Key - "Soulium" made up of nano-robots has good morphological change ability, the 10th God Key has more than three forms, known as "Xuan Yuan Sword", "Water Sword" and "Fist of Taixu".

Status: Most of these weapons are destroyed, Xuanyuan Sword have been stolen by Anti-Entropy. 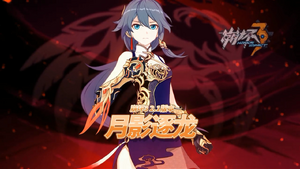 Abilities: same as Key of Domination 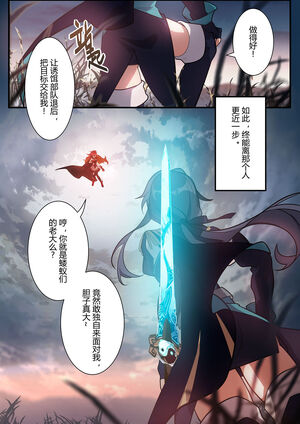 This is the signature god key used by Kallen and Theresa, used to weaken and seal enemies. Made of Soulium.

Using requirement: Use it for justice, otherwise it won't work. In case Kallen using it against Fuka it doesn't work. 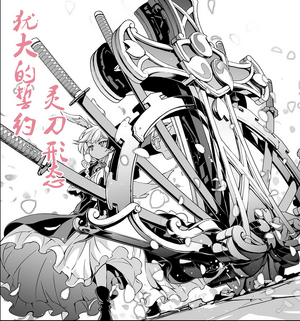 A combination between Judah's Oath and Sakura's power to create a special version of the oath. 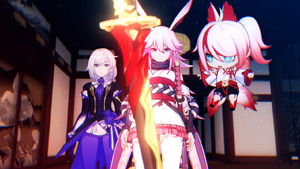 This God Key contains the core of 12th Herrscher, Higyokumaru which can project her consciousness into anything and everything.

User: None, Yae Sakura gave the sword up to the real world. 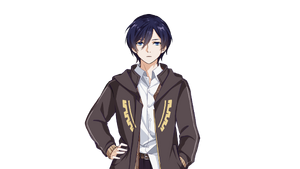 The symbol of Anti-Entropy (formerly the heir to the bishop of Otto's Destiny), ability to reproduce for understanding. After fully understanding the "interpretation" of a thing, the first Herrscher can reproduce things with his own power. This kind of reproduction can even become a kind of "muscle memory" - but it has been copied by the first Herrscher. The "blueprint" of the thing will be preserved and copied more efficiently the next time it is used. When the first Herrscher reached Master Reproduce Mastery, he can cast some skills without even needing the weapon on the hand. (Even if it is the God Key, as long as he know how it works and how it can be used, it can be reproduced easily.)

Because Welt's human consciousness overcomes the Herrscher consciousness, he doesn't have the ability to control Houkai beast without obeying the Houkai. Welt become a symbol of Houkai renegade.

Also known as Joachim Nokianvirtanen. When Welt Joyce died, he inherited the name of Welt Joyce and the core of 1st Herrscher, and changed his name to Welt Young, taking on the new generation of Rule-abiding people who guarded human responsibility. The real lord of Anti-Entropy, the image of Joyce is presented to the world.

Sirin, Herrscher of Void (Spacetime control + limited Void control). Accompanied with the Houkai beast Benares dragon. At present, it is only clear that Schicksal has a plan named after her (Sirin's Plan).

In the past of Sirin, which Kiana saw, Sirin was a poor girl who was used by the gods as an experimental body before becoming a Herrscher, but she believed that the mother would love her and protect her.

Ability is Spacetime manipulation, used to create imaginary spaces for attack and defense. 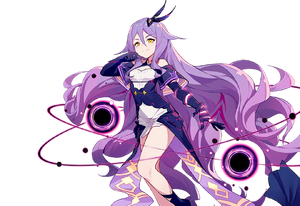 During the fight with S-Class Valkyrja Cecilia, both got killed by Schicksal's missiles. 2nd Herrscher core was split into 4 gems: 3rd, 4th, 6th and 7th.

In Otto's plan, awakened in K-423, occupied her body, caused a large Houkai disaster, called back Benares and even attacked the Destiny HQ. After the reappearance, she was defeated by Himeko and got injected with special serum. She turned into other energy madness, and the imaginary space collapses. Sirin’s consciousness is asleep and K-423 consciousness returns.

Raiden Mei is the former president of Massive Electric (referred as ME), The only daughter of Raiden Ryoma, a second grade student of Senba High School, and the student of St. Freya Academy, B-class Valkyrie. 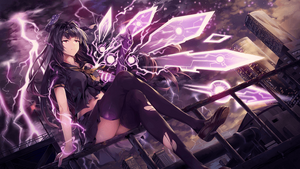 After the young Mei awakening ability was sealed by her father Ryoma, she couldn't freely manipulate the power of the thunder and she was divided into two personalities: the human personality and the Herrscher personality.

Wendy is an A-Rank Valkyrja, and also Theresa's best student and has a high potential of becoming a S-Rank Valkyrja, but she got controlled by the will of Houkai and became a Herrscher.

Her ability is to create the ideal fluid, which is embodied in the manipulation of the wind. She was known made hurricane destroyed more than half of New Zealand, which is recognized as the 4th Herrscher's old HQ. ​​​​​​

This Herrscher has the ability to create and destroy any living creatures.

Seele only had the stigmata of this Herrscher.

The symbol of destruction, the ability to control molecular movement. The appearance is similar to the Himeko. She was most powerful physical destructive Herrscher that turned the entire Australian into a sea of ​​fire in just one week of birth. Later got killed by Kevin and the core was made into Judgement of Shamash.

As many cores as possible were salvaged by Kevin and M.E.I to create keys that can potentially be activated.

This Herrscher can manipulate energy. It can absorb and drain all kinds of energy including the Houkai energy, core retrieved by Kevin Kaslana formed into the God key: Oath of Judah

12th Herrscher had the ability to project her own consciousness onto any object and control it freely. In reality, this Herrscher was actually a self-aware lethal virus which was coloured black, which infected everybody and turned them into zombies. Not only that, but she was also able to control machines, launching nuclear missiles and destroyed a part of the old world. Professor MEI had to seal it into the purple box before it managed to destroy the rest of human civilization.

The purple box later fell into Schicksal's hand, causing the Black Death. Eleanor Schariac injected a fragment of this Herrscher onto herself, becoming a large spider beast and later got defeated by Kallen and Otto. After witnessing the inhumane experimentation of Schicksal using Crystal Disillusionment, Kallen stole the purple box and ran away to Yae Village and later got fatally wounded. Yae Sakura later unwittingly opened the box, releasing Higyokumaru and all her stored hate all over the past time and possessed Sakura, turning her into a large fox beast that was later defeated and sealed by Kallen.

Higyokumaru currently resides in the Stimgata dimension after the events of the Sakura Samsara.

In some cases, there are individuals who possesses extremely high Houkai energy similar to a Herrscher but do not possess their own Herrscher core. 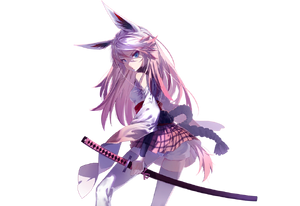 Which possessed by the 12th Herrscher. Has condensed a Herrscher core.

Killed by Theresa in Escape from the sky comic. 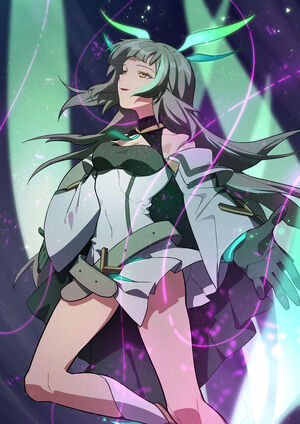 One of 3 Babylon experiment resurrected by Sirin, was given the gem "Eager Storm" , possessed the ability of the Wind Herrscher, and was ordered to destroy in Finland-Oulu, bringing more power to Sirin. 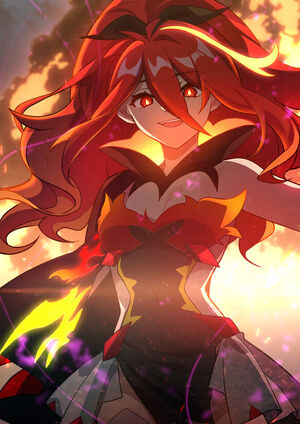 One of 3 Babylon experiment resurrected by Sirin, was given the gem "Inflammation", possessed the ability of the Fire Herrscher, and was ordered to destroy in Kazakhstan-Astana, bringing more power to Sirin. 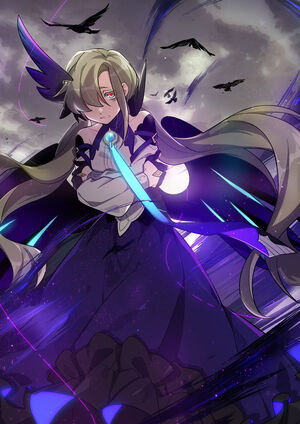 One of 3 Babylon experiment resurrected by Sirin, was given the gem "Silent Death", possessed the ability of the Death Herrscher, and was ordered to destroy in Russia-Novosibirsk, bringing more power to Sirin.

Retrieved from "https://houkai3rd.fandom.com/wiki/Herrscher?oldid=5547"
Community content is available under CC-BY-SA unless otherwise noted.