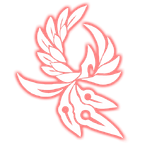 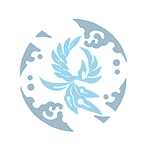 Fu Hua used to be a member of the Fire Moth organization about 50000 years ago in the last civilization. She is one of the few people who survived against the Final Herrscher. Later she became the guardian of Shenzhou, coming to be known as The Sage and devoting her life to eliminating the Houkai. 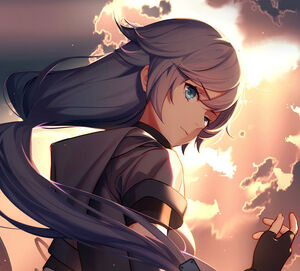 Born in the previous generation in Bohai City, Fu Hua's hometown was destroyed by Honkai impacts. She was the only survivor. Captain Himeko of Squad V in Fire Moth, who was scouting for new members in the remains of the Honkai impact, invited Fu Hua into the Fire Moth, teaching her how to fight under the codename MSA-209 HUA in Squad V.

Unfortunately, Captain Himeko became the 8th Herrscher of Fire, causing the death of everyone in Squad V except Fu Hua; leaving her to be shunned by other Moth members and even gaining the nickname 'Firewytch's little birdie'.

A year after Himeko became a Herrscher, Fire Moth tested the 10th God Key in Australia. The project, led by Dr. MEI, aimed to test a drug that might be able to achieve mass production of fusion warriors whose skills would exceed that of average humans and have enough power to beat a Herrscher. Without telling the participants about the experiment, all participating fighters (normal people without the ability to fight using Honkai energy), including Fu Hua, were injected with a special drug containing Factor Meta-Morph, and were equipped with the mass produced 10th God Keys (inactivated).

But what appeared in front of them was the emperor-level Honkai beast, Ganesha, and the inactivated 10th God Keys were useless against it as almost all the warriors could not activate the God Key. This led to the death of most of the soldiers. Fu Hua, who had been severely weakened, could no longer escape the battle, nor could she do anything to protect herself, as her 10th God Key had been broken. Although the Honkai energy emitted by Ganesha alone was more than enough to destroy her, Fu Hua refused to die out of determination to live on, and Fu Hua’s will awakened the Factor Meta-Morph, leading to the successful fusion of the DNA conjugated with the compound in the drug with her own, becoming another fusion warrior after Kevin.

Fu Hua's eyes turned red, and her hair turned white. She attained a pair of wings (the Original Wings), which were quite similar to Benares' on her back. Her broken God Key was activated after detection of Factor Meta-Morph and reconstructed to be the Grips of Tai Xuan. She flew in the sky and looked down at Ganesha, and destroyed the Honkai Beast in one hit.

Ever since, Fu Hua's body has been unable to age, forever stuck in the body of a 17 year old. In order for her body to adapt to a the stats of a grown-up, Fu Hua took the SWARA treatment. It is still unknown what the SWARA treatment is.

Dr. MEI, one of the greatest scientists of that time, left a batch of girls with special stigmata on the eve of the destruction of mankind and called it “the seeds of revenge against Honkai”. Fu Hua was one of them. 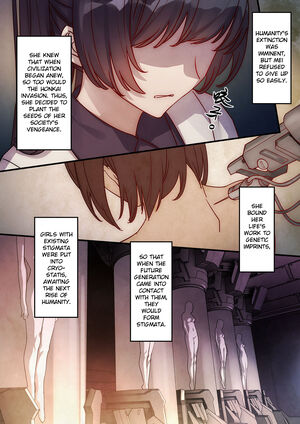 Dr. MEI knew that their civilization would be destroyed by the last Herrscher and humanity's failure would be inevitable. Therefore, she chose a group of people, implanted stigmata and sent them into the cryogenic pods. After over 50000 years, these girls would wake up in the next new civilization to guide and protect the new generation of humans. These girls are called "Pioneers" with Fu Hua being one of them alongside Fuxi and Nuwa.

For the next generation of civilization, Fu Hua arranged the pioneers Fuxi and Nuwa. Fu Hua, during this time, had adopted the name, "Jingwei", and was responsible for guarding the both of them.

Nuwa created a myth for the next civilization, and by the way also modified the image of Jingwei.

Fuxi prepared the Soulium weapons for the next civilization and sealed them; while Jingwei/Fu Hua, young and immortal, became responsible for guarding the land before the growth of human civilization.

In the era of Shennong-Xuanyuan, Jingwei and her allies attacked the trial-level Honkai beasts. In the end, Xuanyuan sealed Chiyou at the expense of her own life.

In 1475 when Schicksal started a war with Shenzhou, the Divine Land, Fu Hua demonstrated her great strength and singled out the entire army, and then defeated Kallen, who was Schicksal's most powerful Valkyrie at that time. 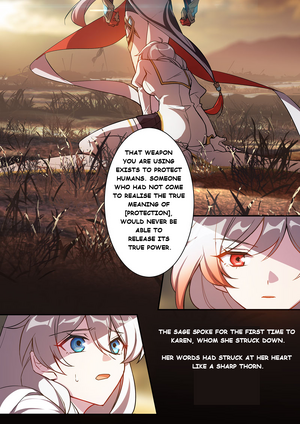 In 1476, Kallen took a Honkai box and went to Taixu- also called Shenzhou- Mountain to seek help from Jingwei. However, the temple at Taixu Mountain was destroyed, and Jingwei was nowhere to be found.

At an unknown time, she began to use the name Fu Hua, lost her immortality, and suffered a great loss of strength. She also lost a portion of her memories. In order to protect China, she had to trade with Otto and become a Schicksal Valkyrie and be completely loyal. Reanna, a female Valkyrie who has survived for more than 100 years, knows that she was the Shenzhou immortal.

In November 1955, when Welt Joyce and his entourage went to the England seaside town, Fu Hua appeared in the resort where Welt stayed. By the seaside, Fu Hua and Welt explored the philosophy of life is to pick up the second half of the book, and then gave Welt a collection of poems.

After that, she handed over the Soul Steel Coagulant to Welt. The move finally succeeded in pitting Otto and made the Anti-Entropy become true.

Fu Hua is currently listed as an A-Rank Valkyrie due to her deliberate low-key and expressionlessness. However, she is shown to be on par with some S-Rank Valkyries, one of whom is Rita Rossweisse. After battling against Rita in order to get to Theresa and the others during the rise of the new Herrscher of the Void, while Rita was not defeated, Fu Hua walked away relatively unharmed after Durandal's intervention.

Unlike most Valkyries, Fu Hua does not have a naturally high resistance against Honkai Energy, however, she is shown to be highly adept at manipulating "Ki" energy, which has shown to be actually more powerful than Honkai energy.

The Shadow Knight armor is the 4th Generation Godsbane Battlesuit developed by Otto, and was first transferred to Fu Hua during the Fu Hua vs Kiana scene in the Moonblade comic. 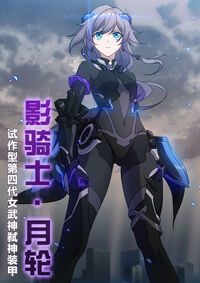 As a 4th Generation Honkai Killer, this armor has these abilities:

This armor is much more powerful as it was specially designed for Fu Hua.

Compared to the Knight Moonbeam armor, this armor has much better durability, speed, and damage but it doesn't have auto-aim missiles and can't infuse Honkai power.

Other abilities from unknown power sources