Herrscher of Reason
Add a photo to this gallery 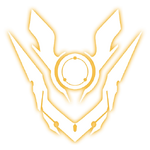 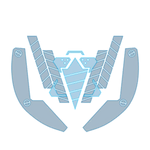 Remodelled Bunny 19c
Add a photo to this gallery

Bronya was an orphan who lost her home and family in the 2nd Honkai War and was captured by the Siberian army who trained her as a soldier, which led her on becoming the infamous and feared sniper, the Silver Wolf of the Urals, until she got knocked out by Cocolia, who took her in to her Orphanage, where Bronya met Seele Vollerei.

However, the orphanage hid a dark secret; its true purpose was for an experiment known as the 'X-10', and the are had hidden experimentation facilities and supplies of the X-10 project. After losing Seele when she disappeared into quantum state due to failure of the X-10, Bronya entered St. Freya High School as a mole of Anti-Entropy with hopes of saving her long-lost friend.

In addition to the English name, Houkai Gakuen 2 and Houkai 3rd related works were written in the form of "Bronia". However, in the voice of the game, both TetraCalyx and Hanazawa Kana tend to read the name as "Bǎnyā".

It can be said that the pronunciation of "Bangya" is also officially recognized after that.

In 2014, the year of the ‘Third Honkai Disaster’, Bronya was known as the Silver Wolf, a cold-blooded sniper who was renowned for her combat capabilities and deadly aim. During one of these missions, she attempted to snipe Cocolia, but she was found out and knocked unconscious by her. Cocoila adopted her, as she did not want to kill children. Bronya would start a relationship with Seele Vollerei.

When Seele was abducted by mercenaries, Bronya immediately went out to save her, killing all of them with her socks she had on her at the time. Due to the blood stains on her, Seele unintentionally called her a demon- though the stigmata in her stated that she was excited- which prompted Bronya to promise her that she would never kill again.

Sin Mal despised and envied Bronya for an unknown reason and saw her as a rival. She would later push Bronya down a staircase, which would break her legs (not resulting replaced with prosthetic legs)

Cocolia had secretly adopted orphans in order to advance the X-10 Experiment. Bronya was one of the initial test subjects, but Seele took her place after showing Cocolia her stigmata's power. The experiment ended in failure, as while the desired results were obtained, Seele dissolved into a quantum state and could only be communicated with on that plane.

Shortly after, Bronya learnt everything from Cocolia, and demanded access to the X-10 Experiment by threatening to commit suicide if she was denied. Cocolia informed her because of her wounded leg, she could not stay longer than 5 minutes inside the quantum state. In reality, Bronya had no intentions of returning, as she was determined to be with Seele at all costs. Seele was surprised to see Bronya and knew that she had taken part in the experiment and begged her to leave, though Bronya refused to do so.

The allotted time had passed, and Anti-Entropy's researchers attempted to extract her from the quantum plane, but she resisted all of their attempts. The Honkai energy began to damage her brain and legs. Seele confessed her feelings to Bronya, and the two made a promise that Bronya would find a way to bring Seele back to the real world. Seele also gave Bronya what she discovered inside a box, the power of "Rebuild", which was the Project Bunny 19C. She then surprised her with a kiss, before letting her know that she would have to return the favor the next time they met. As a result of staying in the quantum plane longer than intended, Bronya lost the ability to feel a wide range of emotions, required advanced legs prosthesis in order to move and had a biochip inserted in her brain to maintain survival.

Her last hope was to have Seele manifest via a Herrscher. The girl was revealed to be Raiden Mei, whose father, Ryoma, had sealed it. Cocolia tasked Bronya with bringing an awakened Mei to her, but this was unexpectedly stopped by Kiana Kaslana, a fellow valkyrja and student.

Sometime during the Third Honkai Invasion, a mysterious battleship appeared. When Kiana fell into a coma, Bronya immediately linked her mind to a simulation to explore what was causing Kiana to lapse. After dispelling the entity and securing the ship, the entity told Kiana that the ship was hers. Bronya was tasked with controlling the ship, but she suddenly turned into her Black Nucleus form and attacked Kiana and Mei. She was put down by the two and did not recall what had just happened. Bronya would later be tasked alongside Kiana and Mei to find the four gems to power the ship. The first gem was the Gem of Desire, which resided in the abandoned New Zealand branch.

Upon arriving at the remains of the New Zealand branch, they immediately found a single girl, who introduced herself as Wendy and revealed that she was the gem they were looking for. Bronya had sympathy for Wendy because she was disabled like her and offered her a ride to show her what it meant to fly. While the gem occasionally caused her to become a psuedo-Herrscher. Bronya tried to persuade her to stand down, which she eventually did. However, she suddenly turned into her Black Nucleus form again and started attacking Wendy, who now believed Bronya had lied to her and attacked the group. Wendy was eventually weakened, and Anti-Entropy mechas suddenly appeared. Her adoptive mother was behind the scheme and departed with her, Wendy and Mei to their headquarters, prompting Kiana to rescue all of them.

Bronya would eventually help Kiana, Theresa enter the Anti-Entropy headquarters despite the obvious trap Theresa suspected. When they approached Mei, Cocolia tried to have Bronya battle Kiana, but she refused, revealing to her that because of the kindness Mei had showed her, she removed her biochip even though it meant suicide. After defeating the mecha MSR-7 "Godfather", both Bronya and Wendy were immediately rushed into intensive care. Wendy did not survive but the efforts of Schicksal's medical team ensured that Bronya survived, albeit in a comatose state.

While in her comatose state, Fu Hua used her powers to enter Bronya's mind. Since she had forgotten everything about herself, Fu Hua told Idol that she was the Sage and helped her break out of prison. She was referred to as the Idol. During the escape, she also encountered a HOMU and freed it from the prison and attended a competition to see which HOMU could control the Golem (Project Bunny 19C). When the Idol approached the Golem, it woke and expended its powers before testing her, which she passed. The Idol would later assist the HOMUs in fighting the witches.

Upon encountering the Ice Witch (Snowy Sniper) was defeated and threatened to kill a HOMEI, though HOMU distracted her enough for the Idol to kill the Ice Witch. The Ice Witch represented Bronya's loneliness, which the Idol absorbed. They then moved on to the Aegis Witch (Yamabuki Armor), a paranoid witch who relied on a shield. Upon defeating her, the Idol stated that the shield was full of discontent before killing her, taking those traits in. The last witch, the Dark Witch (Black Nucleus) attacked the HOMU kingdom but was defeated by the Idol. The Sage revealed that the Idol had the power of playback, but she did not give up and continued on her mission. Upon battling and defeating the final witch, the Dark Witch cursed Bronya to be used as a weapon, which Bronya had finally accepted and took in the last remaining remnants of her personality. She also recognized the Sage as the Monitor and chastised her for invading her mind, even though the Monitor stated that she would forget all of the recent events when she woke up.

Retrieved from "https://houkai3rd.fandom.com/wiki/Bronya_Zaychik?oldid=10615"
Community content is available under CC-BY-SA unless otherwise noted.